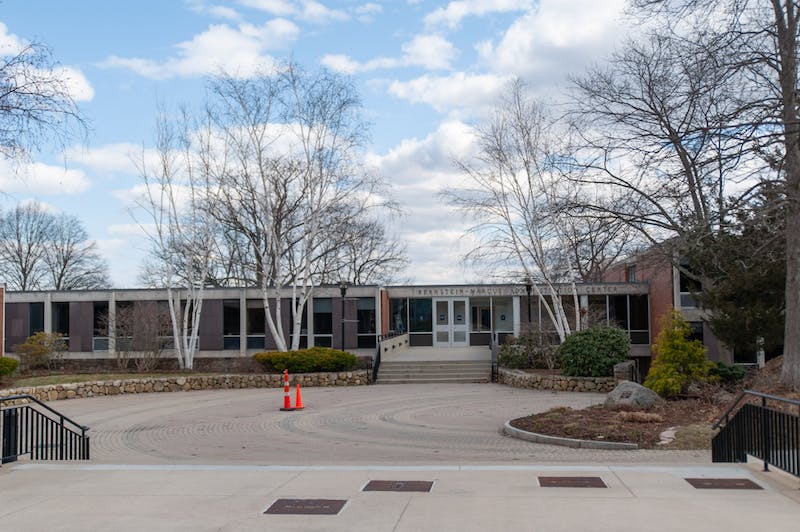 Brandeis students help their communities in quarantine: ‘Beyond the Pandemic’

Menstrual Products for New Jersey: How a Brandeis student is helping her community during the pandemic.

COVID-19 has upended the lives of millions of people around the world. The effects of the pandemic — whether financial, physical, emotional or mental — have impacted each individual in one way or another. How has the COVID-19 pandemic transformed your life⁠? How would you describe your quarantine experience? Has the pandemic changed your way of thinking or worldview, led you to acquire new skills or revealed anything else during your time in quarantine?

In recent weeks, people all over the United States and around the world have been using their voices in a renewed call for racial justice. This board condemns anti-Black racism, as highlighted by recent incidents of police brutality, and is implementing  concrete ways that we can address systemic racial inequity in our own organization.

VIEWS ON THE NEWS: The death of George Floyd and the Black Lives Matter movement

On May 25, a white police officer, Derek Chauvin, killed Minneapolis resident George Floyd by pressing his knees into Floyd’s neck for eight minutes and 46 seconds. On June 3, Chauvin was charged with second-degree murder and second-degree manslaughter. The three other officers have been charged with aiding and abetting second-degree murder and aiding and abetting second-degree manslaughter. Floyd’s death has sparked protests all across America and the world. While the majority of protests have been peaceful, violence on both sides of the protests has only exacerbated the tensions between the police and the Black community. With protests taking place all over the nation, and people of all races speaking out against the racial injustices experienced by the Black community, do you believe that this time real change will occur to prevent future deaths by police brutality? Now that race has become part of a national conversation regarding injustices towards Black Americans, what steps can non-Black people take to address the prejudices they may hold? Are these conversations regarding race just a trendy hashtag, or are they here to stay?

In the world of science, there has been an increased discussion about how head trauma negatively impacts athletes in thee long term. Chronic Traumatic Encephalopathy can develop after an athlete sustains multiple concussions.

What’s up with pro sports?

The coronavirus has one by one shut down the sports world.

The recent outbreak across Europe has caused various leagues to cancel or suspend their seasons.

Brave New World: Society as a machine and the pandemic outbreak today

Brave New World is a heavy book, an epitomic novel and a prophecy. We, however, should not mourn over it.  But rather use it to warn us — to build up a more transparent government and to push forward social equality.

The movie was fun to watch but not groundbreaking by any means. However, when I told my mom I would be reviewing “Outbreak” for the Justice, she said she saw it in theaters and freaked out during the scene when a man coughed and spread the virus over an entire movie theater, so I cannot call “Outbreak” forgettable. Take that as you will. Wash your hands and be safe.